Among other significant science-y things, Albert Einstein is known for advancing the relativity theory that mostly says that time has a way of speeding up and slowing down.
Granted, he was talking about great distances of space, but we imagine he could have made the same observations while in one of those never-ending lines to the loo. Because we’re sure there must be some secret science involved in how slow these porta potty lines seem to move.
Conversation is limited while waiting for the next available portable restroom because there isn't a lot to say – “Yep, it’s slow.” “Yep, Einstein.” And bathroom lines probably aren't the most ideal occasions to meet strangers. 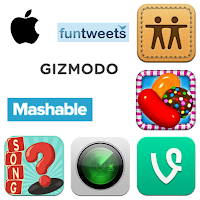 So how can you make time trickle faster, while not thinking about anything else trickling?
Pull out your smart phone for starters. There are all sorts of free apps and sites that can help win the waiting game for portable toilets.


Other sites ‘scientifically proven’ to pass the time.